Lord Avebury and William Capel Slaughter were responsible for the founding of North Foreland Golf Club in 1903 and, with Sir Luke Fildes and Clifford Brookes, sat on the first committee of the new club. Within a few years thoughts turned to enlarging the course to 18 holes. It was then that the committee turned to another member, Alfred Charles William Harmsworth (later Lord Northcliffe). Harmsworth was the owner of the large estate on the other side of Convent Road.

Buying Up the Land 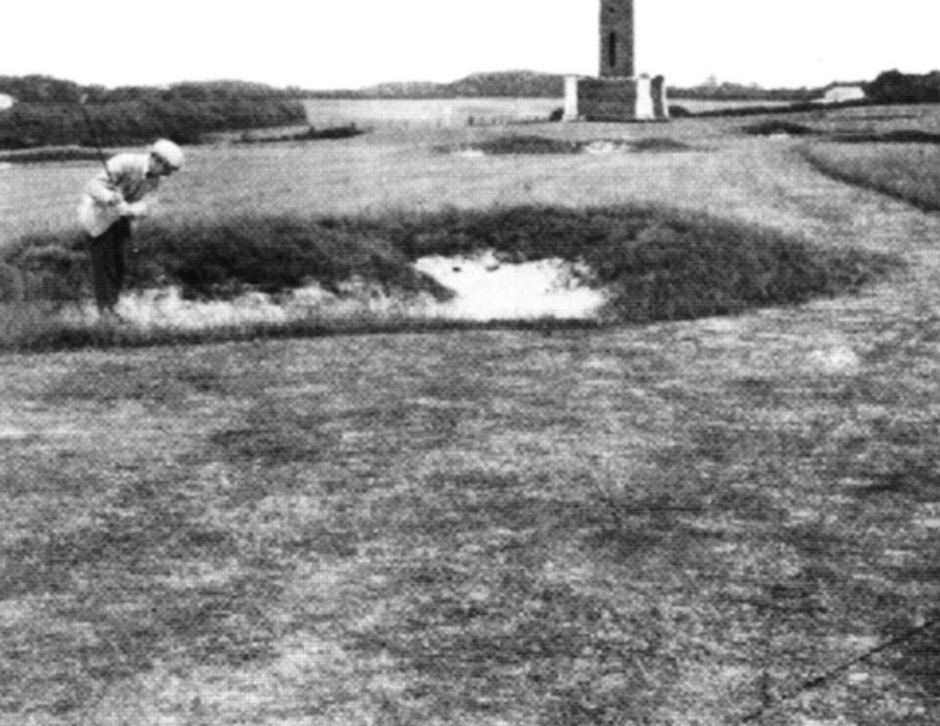 Taking a lease on this additional land gave the course its most outstanding landmark – the North Foreland Lighthouse, which became the proud emblem of the Golf Club. Altered many times itself in its 300 year-old life, the North Foreland Lighthouse stands sentinel across the valley, witness to many changes to the surrounding landscape.
Lord Northcliffe performed a pivotal role in transforming ‘an average course on poor quality land’. In 1918, he purchased the tower and convent fields from the trustees of the Slaughter Estate to own the whole of the golf course. The period of North Foreland’s life that followed arguably became the most dynamic and interesting in its first 100 years, ranging from prosperity to bankruptcy.

Once in his possession, Northcliffe announced a programme of major course developments. With money apparently no object, his plan was to make the course more challenging and attractive to holiday visitors and work started almost immediately.
Alongside the 12th hole of the main course (now the 18th), Northcliffe built a new miniature approaching and putting course of 18 holes – the first of its kind in the country.
The main course also underwent major changes, ranging from sand bunkers to replace the grass bunkers, chains of hills constructed across the course, five holes being drastically altered to enhance game play, to tennis courts being built close to the new clubhouse. Northcliffe died in 1922, but his influence carried on long after his death.

But this is not the end of North Foreland Golf Club’s enthralling history – far from it. In the book ‘North Foreland Golf Club founded 1903 – A celebration of over 100 years of golf at Kingsgate in Kent’, you can read an historic account of the characters and events that occurred during that dynamic period of the Club’s history between 1919 and 1940, when North Foreland was at its zenith. It also recalls how, as the war approached, the Club fell into decline and finally, with the outbreak of war itself, it was wound up with its assets sold and the golf club’s membership books closed.

Lord Northcliffe appointed Abe Mitchell as Professional at North Foreland Golf Club on a five-year contract, which ran from 1920 to 1925. Having seen the success of other prominent clubs who had offered well-known playing professionals contracts, Lord Northcliffe was determined that North Foreland should follow suit. The employment of Abe Mitchell, “acknowledged as the greatest striker of a ball in his era*”, was hailed by the golfing press at that time, as a major benefit for the Club. 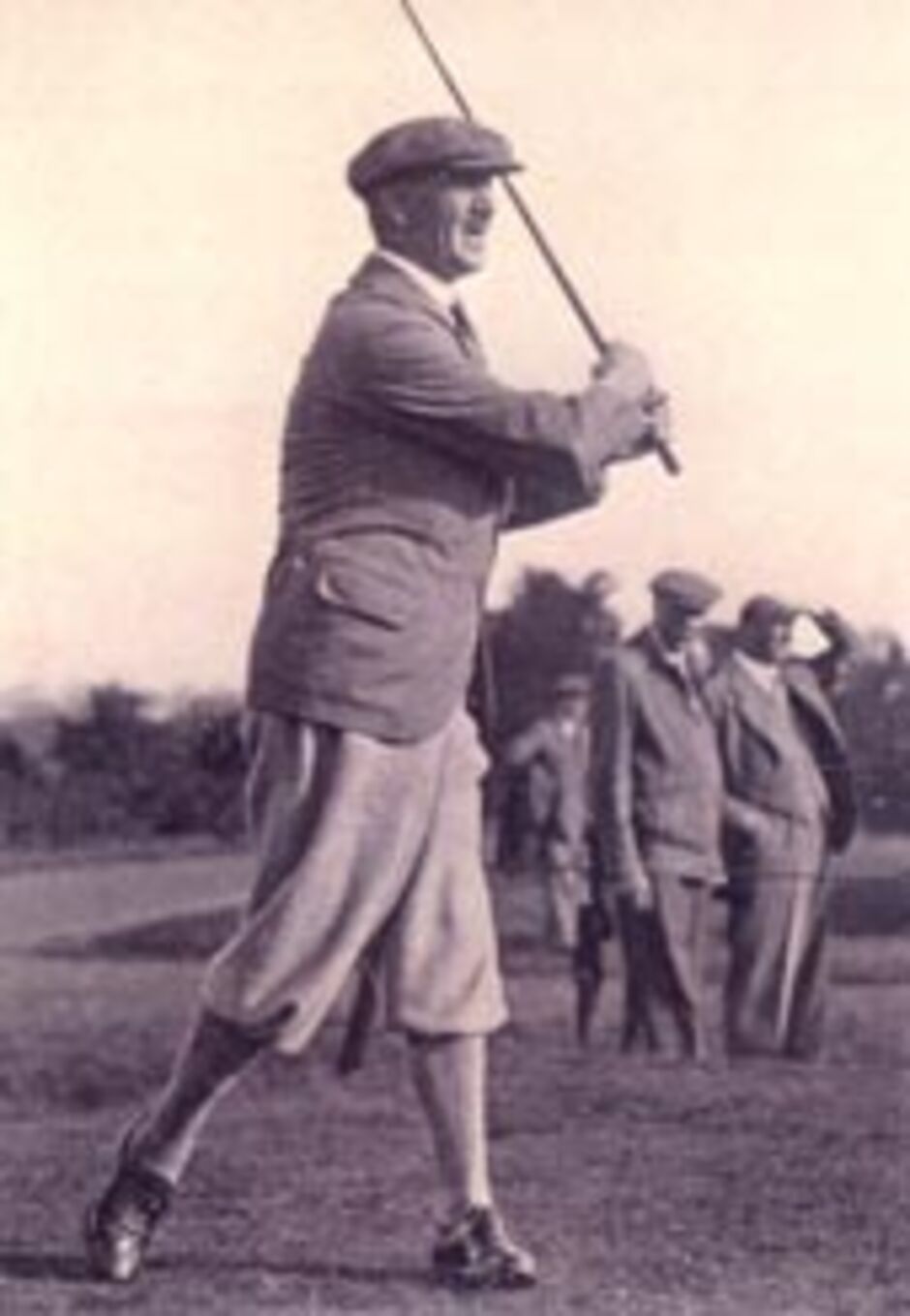 The Highs and Lows

Mitchell’s greatest achievement was to win the British Match Play Championship (second only to the Open in prestige) in 1919, 1920 and 1929. His greatest stroke play success came in the Irish Open at Portmarnock in a three-way play-off, one of his opponents being his friend, George Duncan. Ironically, he did win an Open, though it was never recognized as such. A so-called Victory Open was staged at St Andrew’s in 1919, and Mitchell and Duncan tied for first place on 312 aggregate. There was no play-off. They were due to play an exhibition match the following day (Abe with James Braid and Duncan with Harry Vardon), and they agreed that the one with the lower score would take the gold medal. It went to Mitchell. In 1925, at the end of his contract in 1925, Mitchell announced that he intended to live in America and play the United States Tour. One of his pupils asked him to reconsider and be his personal professional at a new club, The Verulam at St Albans, where he would be able to play the tour events he wished and be financially supported while doing it. This very generous offer of salary and expenses was accepted.

On the International Scene

Mitchell’s employer and his brother were wealthy seed merchants in St Albans, and with their increased involvement in international professional golf they encouraged the setting up of a biennial match between the Professionals of Great Britain and America. The unofficial first competition at Wentworth was a great success, and the brothers offered to donate a trophy. They kept their word. It should be no great surprise to know that Abe Mitchell’s employer was Samuel Ryder and that the trophy was, and still is, the Ryder Cup.

It is a sad epitaph that Abe Mitchell is remembered as “the greatest golfer never to win the Open Championship”. However, when the Ryder Cup is held aloft by the winning Captain, it is the golfing figure of Abe Mitchell on the lid of the fabulous gold trophy which will forever remain a memorial to a great player, and a tribute to the foresight of Lord Northcliffe at North Foreland.